Road to the winner’s enclosure

MERCHANT NAVY was a star in the southern hemisphere before being bought by Coolmore in December 2017 in a multimillion dollar deal with a view to running at Royal Ascot. The son of Fastnet Rock, who won the Group 1 Coolmore Stud Stakes over six furlongs at Flemington the previous month, was third to Redkirk Warrior in the Newmarket Handicap on his final start in Australia in March before he was shipped to Ireland to join Aidan O’brien. “I’m very excited by Merchant Navy,” said O’brien, who had won Group 1 events at Royal Ascot with previous Aussie imports such as Starspangledbanner, Haradasun and So You Think. “I was very interested to see his run on Saturday and I thought he was unlucky not to win. I love that he can produce a long, sustained burst of speed and the Diamond Jubilee looks like the perfect race for him.” Merchant Navy warmed up for Ascot with a length victory over stablemate Spirit Of Valor in the Group 2 Greenlands Stakes at the Curragh. He was sent off 4-1 jointsecond favourite with Redkirk Warrior and beat City Light by a short head after favourite Harry Angel was restless in the stalls and broke slowly. 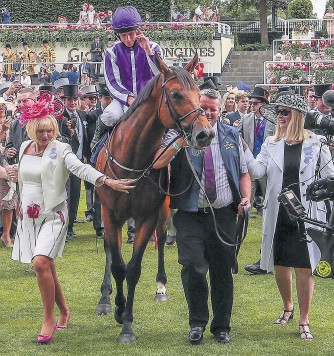