A feast of football and the whole of Europe is invited

EURO 2020 GUIDE TO THE GROUNDS

AN unscheduled 12-month delay due to a global pandemic notwithstanding, Euro 2020 was always going to be something out of the ordinary, writes Matthew Ireland. We’ve had co-hosts for the finals before but never has it been spread across the length and breadth of Europe as it will be this summer. Twelve cities were originally selected but only ten of the chosen dozen will still host fixtures after Dublin dropped out entirely due to the Irish government failing to provide assurances that at least a proportion of the Aviva Stadium’s capacity would be open to spectators, and games due to be held at the San Mames in Bilbao shifted south to Seville’s Estadio La Cartuja. Most of the 11 remaining venues will operate at around a quarter of their capacity but some are hoping to cater for more fans if it is safe to do so. Whatever happens, whoever are crowned kings of Europe at Wembley on July 11 will have earned that moniker. 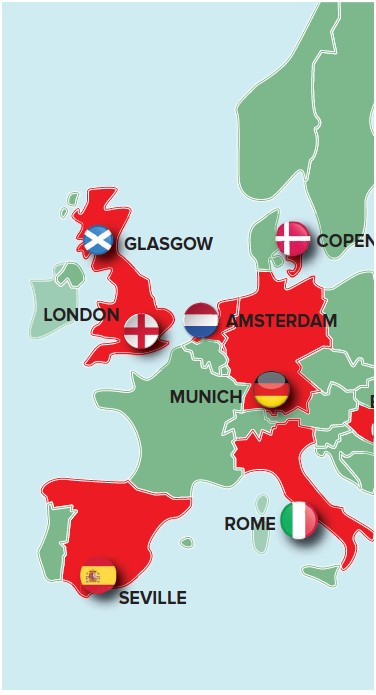 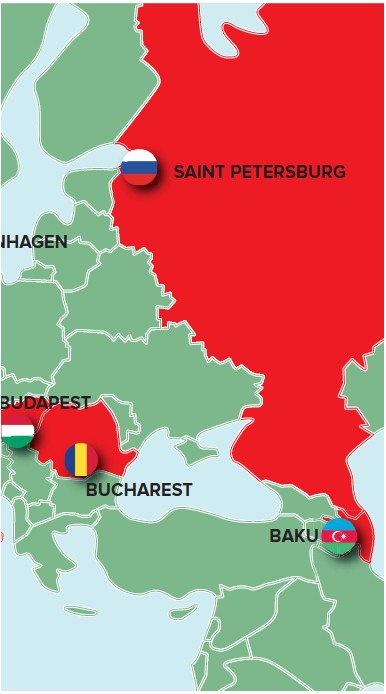