Nine goals is a bit of a stretch

THERE’S an obvious fly that has found its way into the ointment of expectation which has been liberally rubbed all over England heading into the Euros, and it’s a potential last-16 tie that threatens to be a tournament wrecker. Group D, seems a relatively straightforward affair for Gareth Southgate’s men, though we’ve seen enough curve balls and mis-steps in modern international football to know that it may not be a breeze. However, they are 2-5 to win it, a price that’s on the short side though they should be the strong favourites they are. Should they win it, however, they are pencilled in to meet the runners-up from Group F which, with all respect to Hungary, will be one of France, Portugal or Germany, all beatable but also all distinctly difficult opponents. England under Southgate are fresh and bright and fun, we know all that. But they are also fragile and technically and tactically suspect and that has to be a concern. Punters will make what they will of what that means in terms of a tournament bet on the Three Lions, but one bet that does look interesting – especially if the doom-laden scenario of a last-16 exit is realised – is the 11-10 they score under 8.5 tournament goals at 11-10. History is against them, but then that’s to be expected given that back in the day it tended only to be good teams rather than everyone who qualified for major finals. So in their 23 tournaments in which they played at least three games, they scored nine or more goals in just three of them. The most recent, of course, was last time out in Russia when they bagged 12. But that was in seven games, a number of matches they can only play this time if they go all the way because there is no third-place playoff. And, of course, there’s no Panama at the Euros, a team Southgate’s side hit for six in Russia. They will have home advantage but that threat of the early exit is very real. Harry Kane is odds-on to be top scorer and fairly understandably. He’s just won the Premier League Golden Boot, takes his country’s penalties and is lethal. He also won the tournament Golden Boot three years ago with six goals, four clear of the next-best Englishman, John Stones. Euro 2016 was that unmemorable four-way tie on one goal – Dier, Vardy, Sturridge and Rooney – which does emphasise the point that there are probably better odds-on shots than Kane to be top England scorer. 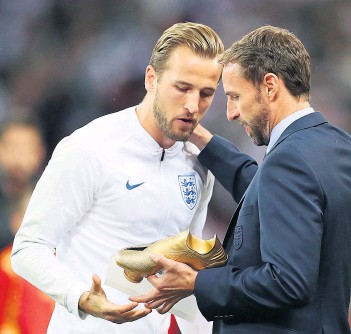