Manager Markku Kanerva Won 59 international caps as a centre-back and the 57-year-old has been in charge of the national team since 2016. Kanerva stresses the importance of defensive discipline and believes a counter-attacking approach suits his players best. Record P 44 W 21 D 7 L 16 All games Strengths • Defend well in numbers and frustrate opponents • Have star players in key positions in goalkeeper Hradecky and striker Pukki Weaknesses • Lack the tactical flexibility to unsettle stronger teams • Almost entirely reliant on Pukki for goals Prospects The Finns have shown defensive grit in the last couple of years but home advantage has been a major part of that success. They can make things difficult for Denmark and Russia but will need Norwich’s Pukki to be fit and firing if they are to get out of the group. Inside info Lars Sivertsen Nordic football expert I spoke to someone at the Finnish FA and he was quietly confident the team could replicate Iceland’s success at the last Euros. Like Iceland, Finland have invested in indoor facilities but I think the Icelandic side was stronger. 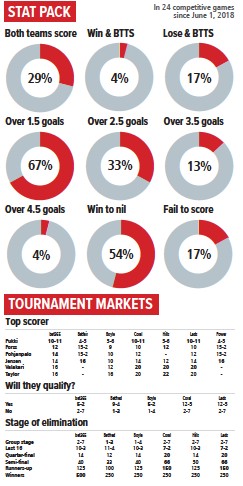