Lean times ahead for Slovakia strikeforce

SOME teams come into a tournament finals with the sole objective of lifting the trophy while for others qualifying for the knockout stages represents a successful campaign. Down at the bottom of the outright market, however, picking up a single point or even just scoring a goal is the aim of the game and the betting on who will be the lowest-scoring team looks an interesting heat. Hungary are predictably short given their brutal draw against France, Portugal and Germany, while North Macedonia are also expected to struggle, despite their shock 2-1 win over the Germans in World Cup qualifying in March. Finland are big runners in the market although they have a proven international goalscorer in Norwich’s Teemu Pukki and could land a blow on a ropey Russian defence in Group B. Scotland and Wales have based their recent success on mean defences rather than expansive attacking football but at the prices Slovakia are worth backing to finish bottom of the scoring charts. They are hot favourites to finish bottom of Group E in which they face solid Sweden and Poland sides as well as group favourites Spain. Slovakia qualified through the playoffs but they scored only one goal inside 90 minutes as they beat Ireland on penalties and Northern Ireland in extra-time. They beat Russia 2-1 in their last World Cup qualifier in March but started their campaign with a 0-0 draw in Cyprus, having scored just five times in six Nations League games against Scotland, Israel and the Czech Republic. 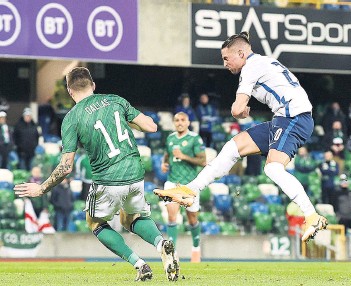