No more than three starts over hurdles that season Last year’s winner Burning Victory was the third horse in ten years to land the Triumph off the back of just one run over hurdles, although we all know how lucky she was to do so. Nevertheless, the headline stat would have still stood true had Goshen not unseated Jamie Moore at the last as he had just the three hurdle runs before the Triumph. Burning Victory was the first Irish-trained winner since Shawiya in 1993 not to have taken part in Leopardstown’s Spring Juvenile Hurdle. The Grade 1 at the Dublin Racing Festival remains the best recent guide for the Triumph with five winners coming from that race since 2012. Since the addition of the Fred Winter in 2005, the Triumph has had smaller fields and the race has become classier for it. That said, the stamina which winners needed in Triumphs of old still remains. For Flat horses, 1m4f-plus form is pretty important, while it’s well worth looking at those whose dam’s sire has a high stamina index. Verdict The trio to focus on are Quilixios, Teahupoo and Tritonic. The Adonis has been a great trial for this race in the past and Alan King’s runner is respected. However, the Spring Juvenile has been the better guide more recently and Quilixios was a good winner of that last month. 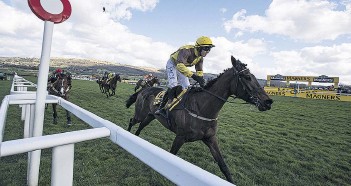