WHAT WE’RE LOOKING FORWARD TO

Anything good is worth waiting for and Chacun Pour Soi is unquestionably something good – very good indeed. But Job himself would be drumming his fingers and looking at his watch by now. For racegoers in Britain this is something of a mystical beast, an animal they have read about and seen on screen but have yet to see for real. There is something fabulous in the tale of a creature who came from France and more than 1,000 days out of action to score a thrilling victory by 31 lengths on his Irish debut in 2019. And the legend has only grown since. He put two Cheltenham Festival winners firmly in their place at Punchestown second time out that season and looked the stuff that Queen Mother Champion Chase winners are made of when scoring another brilliant victory at Leopardstown last February. Yet an 11th-hour abscess in a foot meant that Chacun Pour Soi had to be withdrawn on the eve of the race last spring. Nothing he has done in two impressive outings this term has dampened expectations for March 17 and, simply put, what I am most looking forward to is seeing arguably the best chaser of the last few years finally making it to the best meeting. 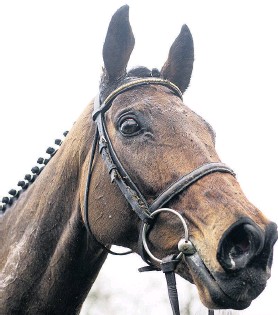