Cape Blanco the first by Galileo to stand in US

Top racehorses they have been, but their new high-stakes journey starts here in our 12-page pullout GALILEO’S influence across the Atlantic is set to step up a notch this year through Cape Blanco, the first by his sire to stand in the US. An unbeaten Group 2-winning two-year-old, Cape Blanco developed into a top level 1m2f and 1m4f performer in Europe and the US. A successful three-year-old season was topped by wins in the Irish Derby and Irish Champion Stakes, while an ambitious American four-year-old campaign resulted in victories in the Man o ’War Stakes, Arlington Million and Joe Hirsch Invitational Stakes. Such domination earned him an Eclipse Award as champion turf horse of 2011, making him the second champion to retire to Coolmore’s US division this year alongside Uncle Mo. Uncle Mo was a brilliant, unbeaten two-year-old who signed off his juvenile year with a four-and-a-quarterlength victory in the Breeders’ Cup Juvenile. Illness interrupted his three-year-old season but the son of Indian Charlie returned to record a victory in the Grade 2 Kelso Handicap and run a nose second to Caleb’s Posse in the Grade 1 King’s Bishop Stakes. The highest-profile son of his recently deceased sire to retire to stud, Uncle Mo is bred on the same Indian Charlie-hail To Reason cross as Bwana Charlie, who made the most of limited opportunities to sire Grade 1-winning juvenile Comma To The Top. The pair are two of 15 new American stallions standing for $10,000 or more, up from 14 last year. The list of other new stallions retiring to stud in America is a fine illustration of how the landscape of breeding operations is changing in Kentucky. No farm has grown faster in recent years than B Wayne Hughes’s Spendthrift Farm, which has added four recruits to its Kentucky roster, topped by the 2011 Whitney Invitational and Metropolitan Handicap winner Tizway. Spendthrift has also entered into a partnership with Park Stud in Canada to stand Breeders’ Cup Mile winner Court Vision, a Gulch brother to successful sire Kipling and relation to A.P. Indy. Another stud making a statement is Winstar Farm, which adds Belmont Stakes and Breeders’ Cup Classic winner Drosselmeyer and Sidney’s Candy, a Grade 1 performer on turf and synthetic. The farm has also partnered up with Airdrie Stud in the Grade 1 Jockey Club Cup winner Haynesfield. Triple turf champion and seven-time Grade 1 winner Gio Ponti takes up residence at his birthplace, Castleton Lyons. The biggest name to retire for Darley this season is not standing in Kentucky but New York. The horse in question is the 2010 Grade 1 Vosburgh Stakes winners Girolamo, an A.P. Indy relation to Private Account who starts his stud career at Sequel Stallions. Darley’s Kentucky base, however, will also offer two new names in Australian champion sire Lonhro, the sire of three Group 1 winners who shuttles for the first time in his career and will stand for $30,000, and Grade 2 winner Regal Ransom, who stands for $7,500. Other interesting first-season stallions standing under $10,000 include Shadwell’s new resident, Grade 1 winner Albertus Maximus, who is complimentary to approved mares, and Clive Cox’s tough 7f performer Balthazaar’s Gift, who starts his stud career at Arrow Track Stallions in Ontario, Canada. The Group 2-winning son of Xaar stands for Can$5,000. 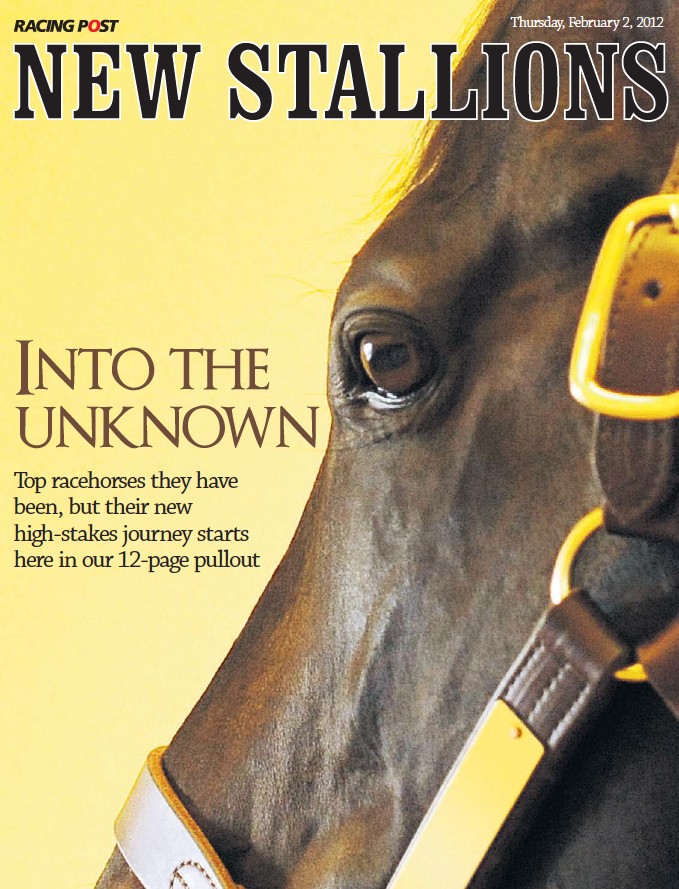 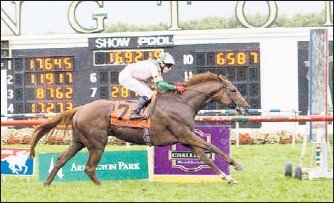 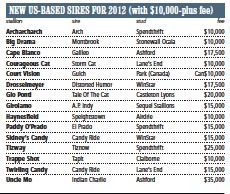