IN ONE year the stallion roster at Withyslade Farm in Wiltshire has expanded from just the scantly used Group 3 winner Kier Park to encompass a Classic winner and an earner of more than £2 million in prize-money. But don’t think Withyslade is embarking on a major programme of expansion or has its sights set on bloodstock world domination. As David Bond, who owns the stud with his wife Helen, explains, the acquisition of Irish 2,000 Guineas winner Indian Haven from the Irish National Stud and newly retired Sheema Classic winner Eastern Anthem is rather a natural progression as their still-young bloodstock operation gains confidence and contacts. “I was included in a magazine feature on Wessex studs and in it I made it known that I was half-interested in standing another stallion if the right one came along,” he says. “Soon after, Peter Gleeson, who owned Indian Haven, got in contact and said he would like the horse to try his luck in Britain and he kindly let us buy him outright, with him retaining some breeding rights. “Peter is very attached to the horse,” Bond adds, “and I think there was a lot of interest in him from abroad and Peter could have sold him overseas for more than we paid.” Indian Haven’s rescue from foreign exile should please some breeders. The son of Indian Ridge was a 6f winner on his two-year-old debut and landed the European Free Handicap and Irish 2,000 Guineas at three. He hit the ground running at stud when his first crop yielded juvenile Group 3 winners Ashram and Aspen Darlin, and last year he got a Royal Ascot winner courtesy of Beachfire. The chance to stand Eastern Anthem also fell into Bond’s lap. “Last May Darley phoned out of the blue to ask if we would like to take him,” he remembers. “So I went to look at him and I was blown away – he’s just the most beautiful horse to look at, and what with his form we were obviously quite keen to have a go with him.” Eastern Anthem is a horse close to his owner-breeder Sheikh Mohammed’s heart, as a son of the mighty Singspiel and his 1,000 Guineas and Oaks heroine Kazzia, so is being leased from Darley by Withyslade. Like Indian Haven, he was a winner on his debut at two, though a little later in the season, in October. His finest hour came at five when he defeated the likes of Spanish Moon, Purple Moon and Youmzain in the Sheema Classic. “Indian Haven and Eastern Anthem should be the perfect stallions to start off with in earnest,” Bond says. “The two of them are just the nicest horses to deal with and are both stunning. I can’t wait to pull them out of their boxes and show them to people. “We’ll be trying our best to get 20 to 30 mares for each. It was never the case that I wanted a stallion who would cover 100 mares straight away. I didn’t want to start with a struggle. Indian Haven and Eastern Anthem should put us on the map – I have no doubt that Indian Haven will keep producing winners – and, who knows, in a few years we might upgrade.” BOND, a former farrier for top trainers such as John Gosden and Alan King, and known to most as ‘Bondy’, owns around 20 mares with his wife Helen – they bought the stud six years ago – and he expects about three-quarters of them to be covered by the new recruits. “One of my best mares, Duchcov [second in the Ballymacoll Stud Stakes and dam of seven-time winner Seek The Fair Land], will visit Eastern Anthem,” Bond says. “Another, Kohiba, is out of a sister to Kazzia, so she will go to Indian Haven.” Bond adds that, while the broodmare band was established with the intention of racing their fillies and selling the colts, their approach is more ad hoc now and the best foals will be “picked out of the field” to be sold. Withyslade made its first foray into consigning with an Iffraaj colt who made 10,500gns at last year’s Tattersalls December foal sale. Don’t feel too sorry for Kier Park, who has been rather sidelined by the new arrivals and whose chief role on the stud is as teaser – although he does every now and again get his turn at the real thing. The horse has fulfilled an important role in Withyslade Farm’s growth, as Bond explains: “He has only ever covered a few mares but it has been good for me to start off with him and learn the art of standing stallions on a smaller scale. Besides, he’s been a great servant and [as a teaser] he gets the mares absolutely spot-on.” 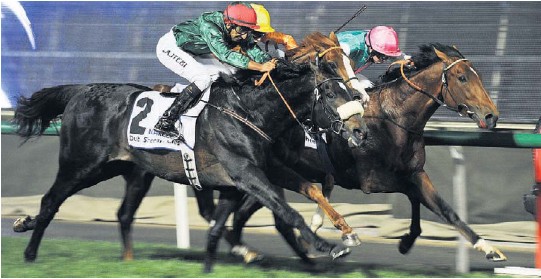 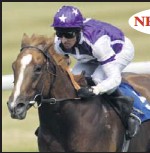